Casa Marés is a collectors item townhouse of 260m2 in one of Sóller's best neighbourhoods. The property will be transformed from its Parisian influenced origins into a beautiful contemporary home of the highest standard. 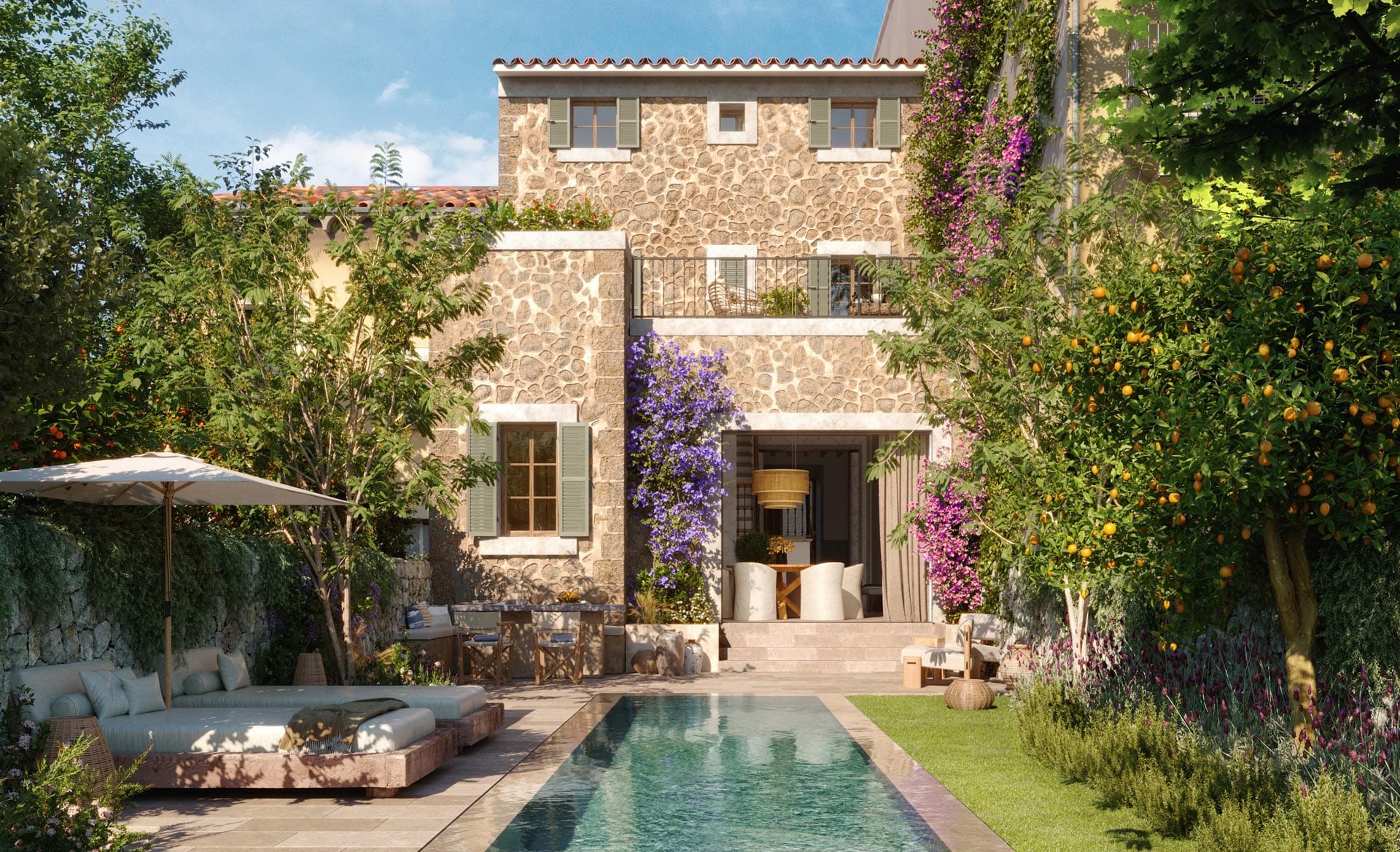 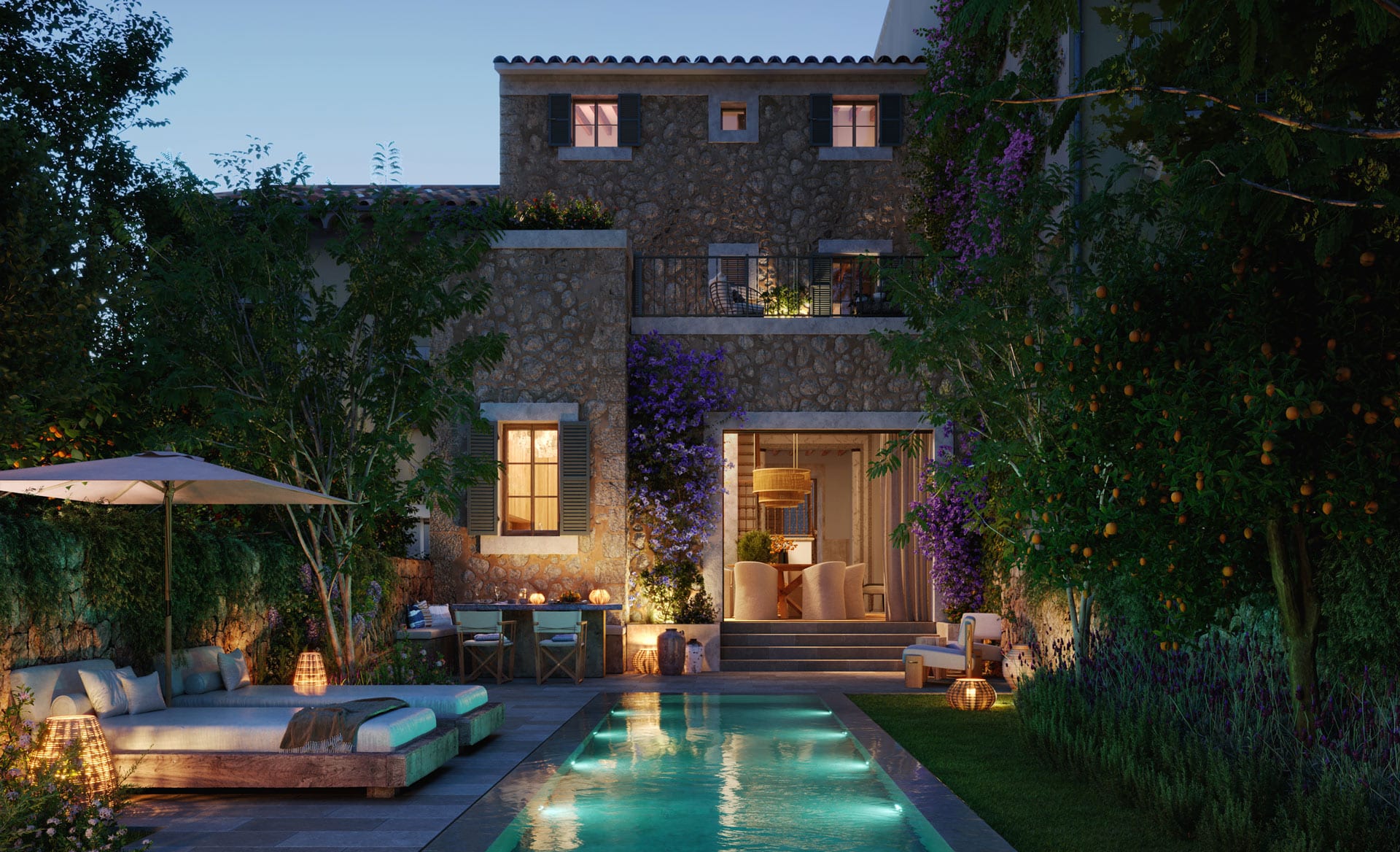 The oasis garden sits tucked away from the noise of the world in a private, South-West facing enclave. Uninterrupted views of the Tramuntana Mountains are on offer from the roof terrace, garden, and all the bedrooms.

A state-of-the-art salt-water pool centres the space and its effortless overflow brings an overwhelming sense of calm.

The roof terrace provides a place of serenity and spectacular views across the Tramuntana Mountains.

A reformation of irreplicable luxury

The meticulous design & development has been carefully considered for 21st century living of the highest standard. The finest modern materials and world-renowned brands combine with charming original features to create timeless spaces designed for year-round living.

A reformation of irreplicable luxury

The meticulous design & development has been carefully considered for 21st century living of the highest standard. The finest modern materials and world-renowned brands combine with charming original features to create timeless spaces designed for year-round living.

Built during the most opulent time in Mallorca's modern history, Casa Marés' is a reimagined Parisian jewel with a story to tell.

Its origin story dates back to 1860 when Soller’s agricultural industry was devastated by a plague of insects causing many locals to move north to France in search of work. 30 years later the orange cultivation and export trade suddenly began to boom in Sóller after scientists had discovered the health benefits of vitamin C. Sóller’s “golden valley” produced the finest oranges in the world and it soon became one of the wealthiest towns in Europe. The travellers returned loaded with French culture and architectural influences. They built magnificent houses with Marès stone facades and lavish wrought-iron balconies and entrances.

Constructed in the iconic year 1900 in Sóllers most sought after “La Huerta” neighbourhood was Casa Marès, a marvel of architecture that represented the finest quality of life in the early 20th century. Today, the property pays the utmost respect to its heritage and its contemporary reformation once more represents the finest quality of living, only this time in the 21st century.

A true gem, proud of its history

This masterpiece of 19th century Parisian architecture delivers magnificent proportions, handcrafted details, and abundances of light all year round. A true gem to be cherished for generations to come.

Previous
Next
Sold
Sold
We use cookies to ensure that we give you the best experience on our website. If you continue to use this site we will assume that you are happy with it.OKPrivacy policy